It was the perfect afternoon to shoot some hoops with my son and finally realize my full potential as an athlete.

I discovered Philip’s aptitude during a cub scout meeting. Instead of going off on his own to play, he was watching the others and dribbling like nobody’s business when it was his turn. To encourage his interest, we invested a few dollars and some compressed air into a brand new regulation ball.

“Do you want to play basketball?” I asked him.

“Basketball,” Philip whispered like a secret. In no time he was zipping up his coat and making a beeline for the car. “Hey!” I called. “Take the basketball.”

Philip pulled out the orange orb. “Basketball,” he whispered again.

We arrived at the community center court. Philip was opening the car’s door before I could put it in park and baling as soon as I unbuckled him.

“Don’t forget your basketball,” I called. He dashed back, grabbed it, and then ran with it to the court. He dribbled once and dropped the ball, his eye caught by the gravel border. He grabbed a handful of rocks and scattered them.

I trotted over to pick up the ball. I bounced it, enjoying the ting sound that echoed every time it hit the pavement.

Maybe I can learn to dribble, I thought.

“Philip, give it another try,” I coaxed. At my prompting, he tossed the ball toward the basket. It arced several feet below the net. Philip didn’t care since he was already absorbed in the pattern of grabbing rocks and flinging them while racing up and down the court.

I stopped the rolling ball with my foot. I picked it up and dribbled, first standing still and switching hands and then moving forward. Now that we have this ball, I thought, maybe I can get better. The black stripes and bumpy texture mesmerized me. Maybe it’s not too late for me to pick up a sport, I mused.

I hadn’t enjoyed basketball in PE. I hadn’t enjoyed anything in PE. I was fat and clumsy, so I never viewed myself as an athlete. I was a reader, not a doer. Maybe, twenty-some years later, on this court with just my son, I could stop worrying about how I looked to my peers. I could practice dribbling and improve my hand-eye coordination at my own pace.

I stood between the free-throw line and basket knowing my arm strength would need time to develop.

I took my shot and missed the backboard completely.

No one’s watching, I assured myself, not even Philip.

I imagined the shot going in. That’s what I had read in all those books: “Visualize what you want to accomplish and you can achieve it.” I pictured the ball swishing through. I tossed again and listened to the cler-clunk as the rim vibrated, the thunk as it hit the backboard, and the ting, ting as it hit the court.

I stared at the key. “Look at where you want the ball to go,” all those books had said. I wondered how many hoops I would get in a row. I’ll picture them all, I told myself. I took the shot, my shirt riding up. The ball hit the key and sank into the net.

The ball was stuck. The brand-new, just inflated, supposed to be for Philip basketball was lodged in the net. I stretched my arm up but knew that, even if I jumped, I wouldn’t be able to reach it

I stared at the ball, thought about my ambitions to be better, to not let age or lack of experience get in my way. To rewrite myself as someone who plays sports with her son, an old dog learning new tricks.

I laughed. I looked at that ball and literally laughed out loud.

Philip ignored me and my predicament, content with his own game and cheeks red from running. I called my husband.

“The basketball is stuck. Bring a broom.”

While I waited for Peter, I kept chuckling at this sign from the universe. “No hoop dreams for you,” it said. 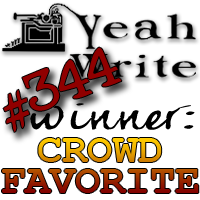 14 thoughts on “nothing but net”