Hoping to reap the supposed health benefits of Greek yogurt, I stopped buying the foil-topped containers of Yoplait yogurt over a year ago. Before hopping on the Greek yogurt bandwagon, I used to share the regular kind with Philip. For a few weeks last spring, he happily consumed it, either allowing me to feed it to him or choosing to spoon it up himself. I celebrated these achievements. Then, as often happens with food (and other developmental milestones), Philip lost interest in the yogurt, no longer enjoying the texture, no longer tolerating me waving a spoon in his face, no longer attempting to feed himself. 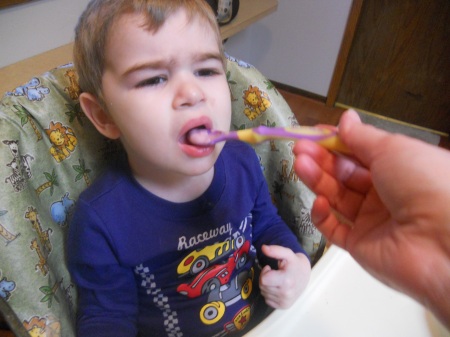 Still queasy from my mistake of buying nearly inedible store-brand Greek yogurt, I opted to purchase three containers of Yoplait that were on sale last week. The day after I went shopping, Philip led me to the refrigerator. I assumed he wanted milk, and I think that was his original intention. Yet, as he took my hand to guide it to the milk jug, he suddenly changed directions. My fingertips came to rest on the yogurt.

Even though I shouldn’t be, I’m continually surprised by the details that Philip remembers. Smiling, I grabbed two spoons, metal for me, plastic for Philip. I followed him to the table. Philip tried to pull off the lid, but eventually grabbed my hand to ask me to open it.

Once the container was opened, Philip tentatively put in his spoon. He carefully poked at the creamy mixture. He finally scooped up a dab of the strawberry yogurt. He lifted it out – and put it straight to my mouth. 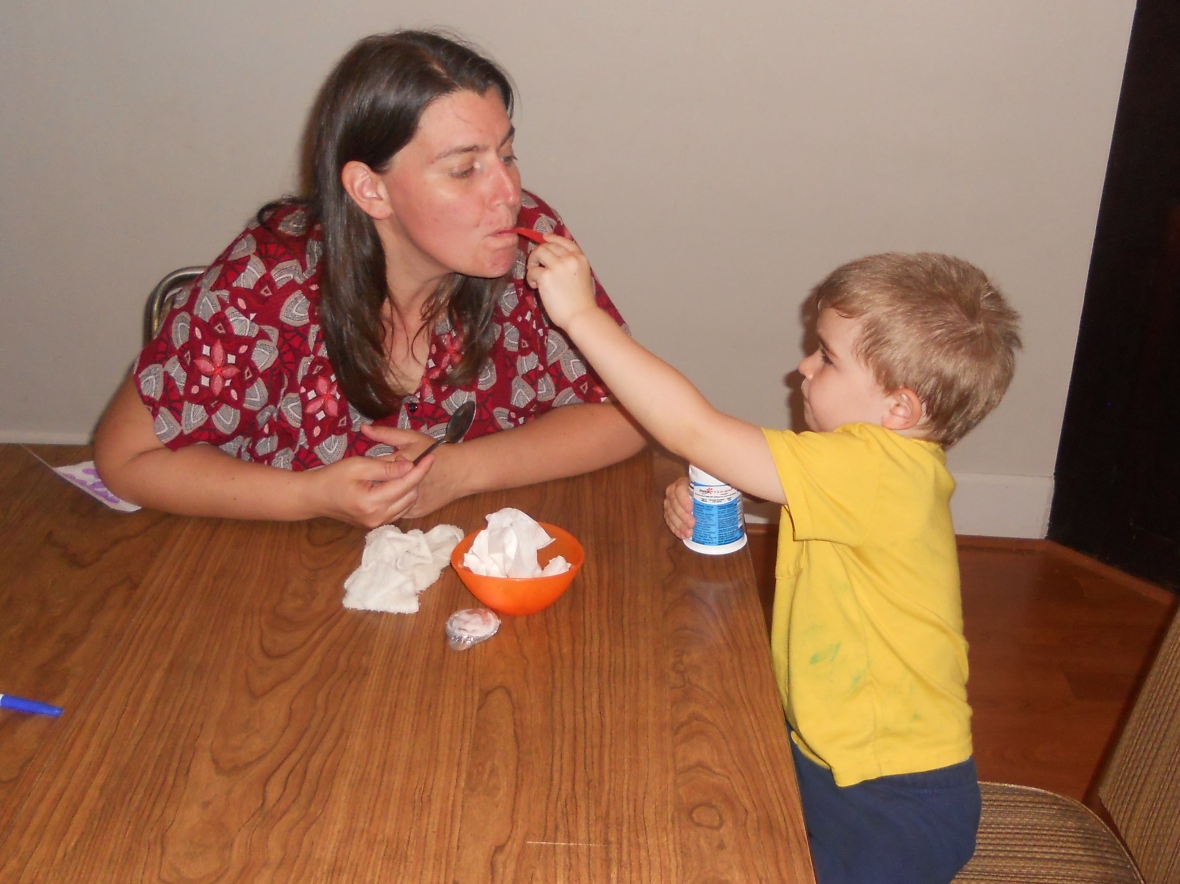 For the next ten minutes, Philip fed me yogurt. He wasn’t willing to eat any himself. As he occasionally missed and hit my upper lip or smeared some on my cheek, I realized how it must feel to have someone else feed you. I didn’t like having the cold, slimy stuff anywhere other than inside my mouth. For a child so sensitive to texture, I can only imagine how disconcerting that feels to Philip.

For the next two nights, Philip repeated this ritual. He took me to the fridge, showed me that I should take out a carton of yogurt, and then sat at the table to feed it to me. I made sure I didn’t pack it in my lunch so we could do this together.

I could be discouraged that Philip won’t eat the yogurt himself, but I choose not to be. He’s willing to be near food that he doesn’t want to eat. While he isn’t feeding himself, he’s practicing the motor skills necessary to do so. Most importantly, what parent wouldn’t love bonding with her child in this way or appreciate such a sweet gesture from her son?

28 thoughts on “Will you still feed me when I’m sixty-four?”