I hated telling him, “All done. Time to go,” after he had finally stopped crying at the preschool open house.

I understood his tears. It had been a hell of a week. On Tuesday, he suffered his first bee sting. On Wednesday, allergies caused so much sinus drainage that, not only did he struggle to sleep, the mucus overwhelmed his stomach and he vomited. Multiple times. On me.

On Thursday morning, an always stressful trip to the pediatrician brought relief for Philip’s tummy and nose, but his sleep schedule was already thrown off. He only managed a few hours of sleep early Friday morning, so I wasn’t surprised to find him napping when I came home from work that day to go to the open house. I didn’t want to wake him, but Peter thought it would be good to get the restless little boy out of the house.

Philip cried as I took him downstairs and then when I carried him to the car. He wailed when I opened the car door in the school’s parking lot. Once out of the car, he tearfully yanked on my shirt to insist that I carry him inside. He whimpered the whole way, and my attempts to set him down were met with renewed tears. 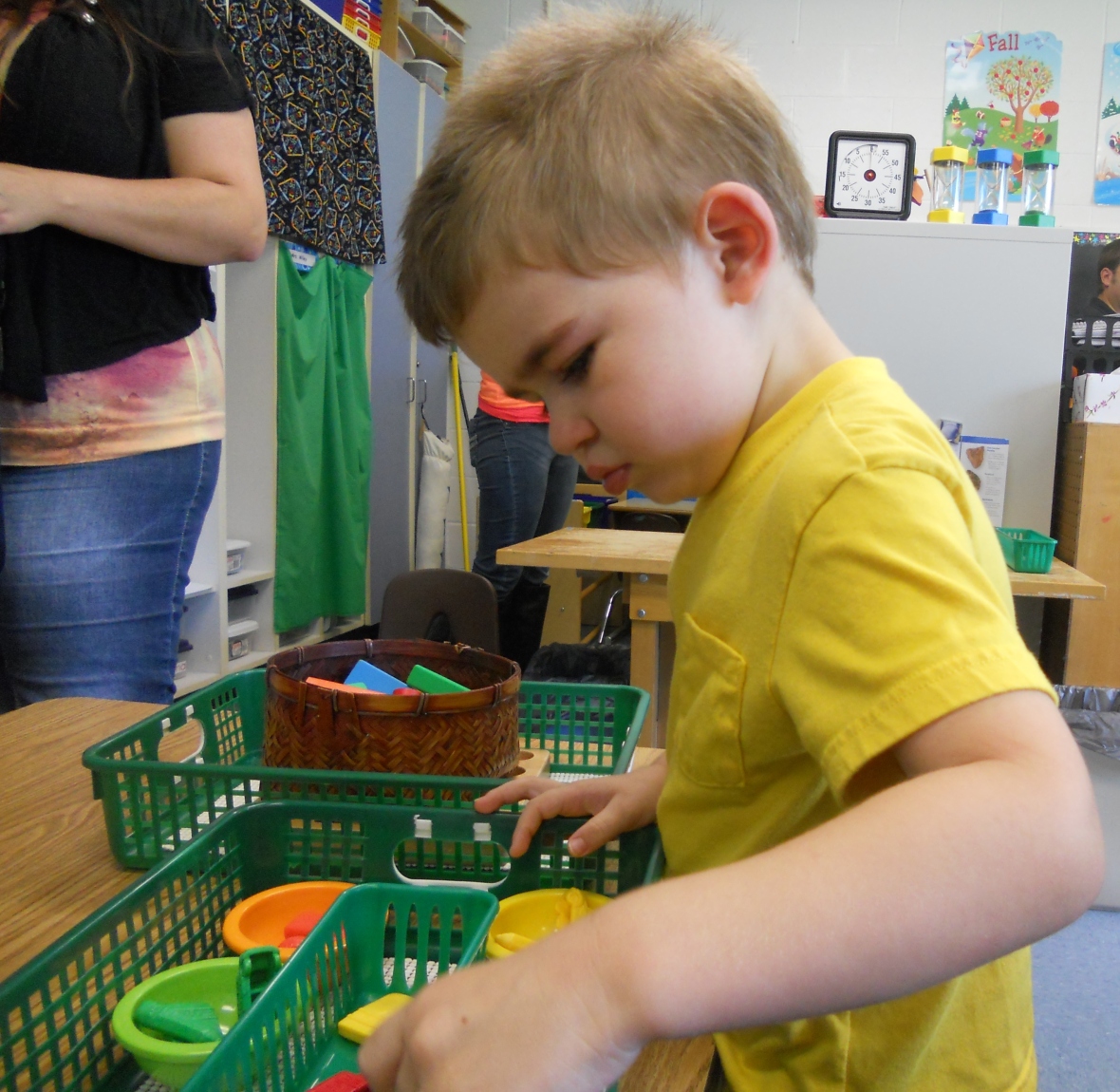 Unfortunately, as he calmly played at the messy table, Peter mouthed to me “Let’s go.” With trepidation, I went to tell Philip it was time to leave.

Philip loves school, so I had been looking forward to taking him to the open house. Yet the week’s one-two punch of sting and allergy symptoms left Philip too exhausted to enjoy the event. As Philip cried, I was saddened that he felt so miserable, frustrated by Peter’s impatience and angry at my complicity in upsetting Philip even more.

As I led a sobbing Philip away from the messy table, Tiana, one of his classmates, came over. She gently touched Philip’s arm. This is the way that I have always seen her greet Philip since she too has speech delays. Despite her gentleness, Philip continued to cry. She walked away.

A moment later, she returned. In a soft voice she said, “Here Philip-fire truck,” as she handed him one of the classroom toys. She patted his arm once more.

I blinked back tears.

Since I don’t feel like being a crybaby alone, I’m linking up with this week’s Yeah Write Weekly Writing Challenge.

48 thoughts on “Bursting into tears at the preschool open house”